If you are also a fan of questions involving State-Based Actions, we want to introduce you to our Unstable preview card. He will be either your new best friend, or your worst enemy. Allow us to introduce: Rules Lawyer 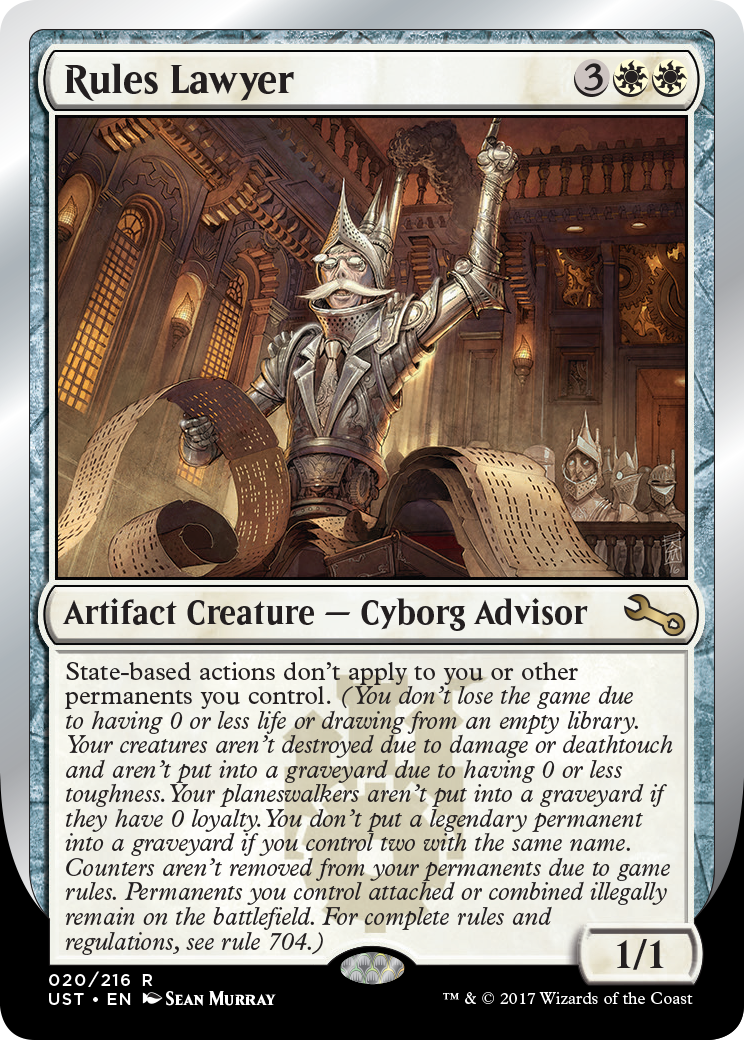 In the grand tradition of cool cards that have more reminder text than rules text, Rules Lawyer simply says “State-based actions don’t apply to you or other permanents you control.” It’s a simple sentence with big implications. Look at the reminder text on this thing!! It’s so big, we spent nearly a whole podcast disassembling this cyborg advisor.

We fully expect this card to launch a whole new wave of “tricky rules questions” and even trickier play situations as players try to animate curses attached to players or do unnatural things with -1/-1 counters.

As an additional bonus, it is our privilege to announce that an alternate art version of our new friend will be distributed at judge conferences starting this January! 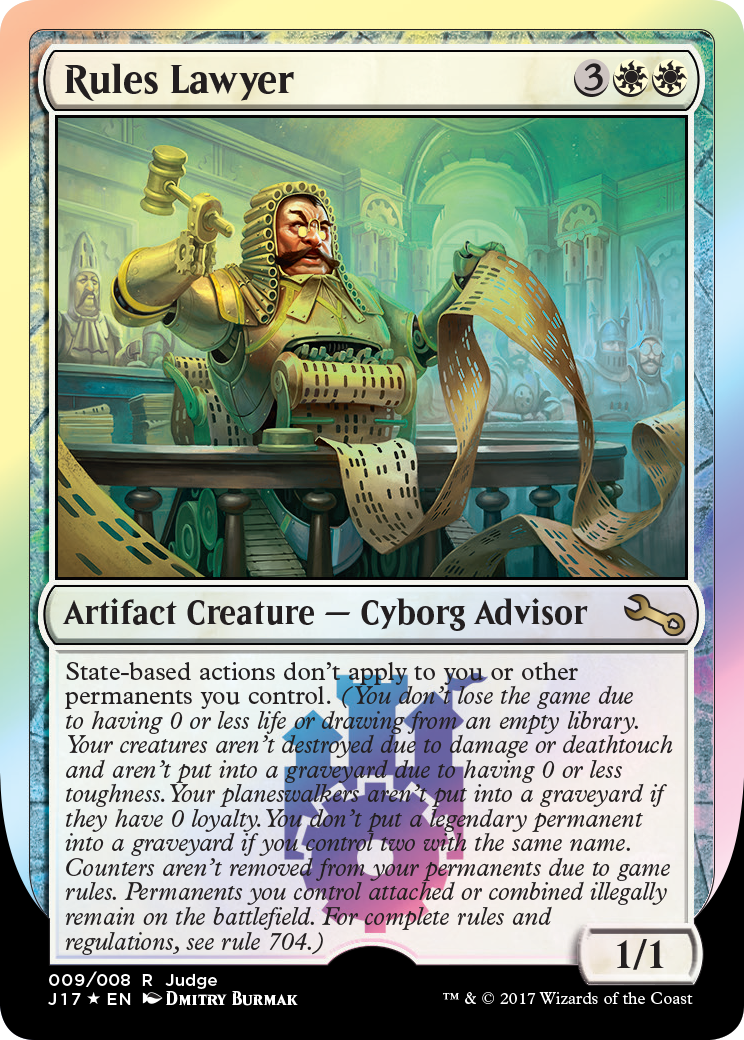 You can apply to regional conferences and mini-conference via Judgeapps and if you are interested in organizing a conference, contact your Regional Coordinator!

Again, you can get more details on how to get this sweet promo by listening to the podcast.

And you thought we hated rules lawyers. 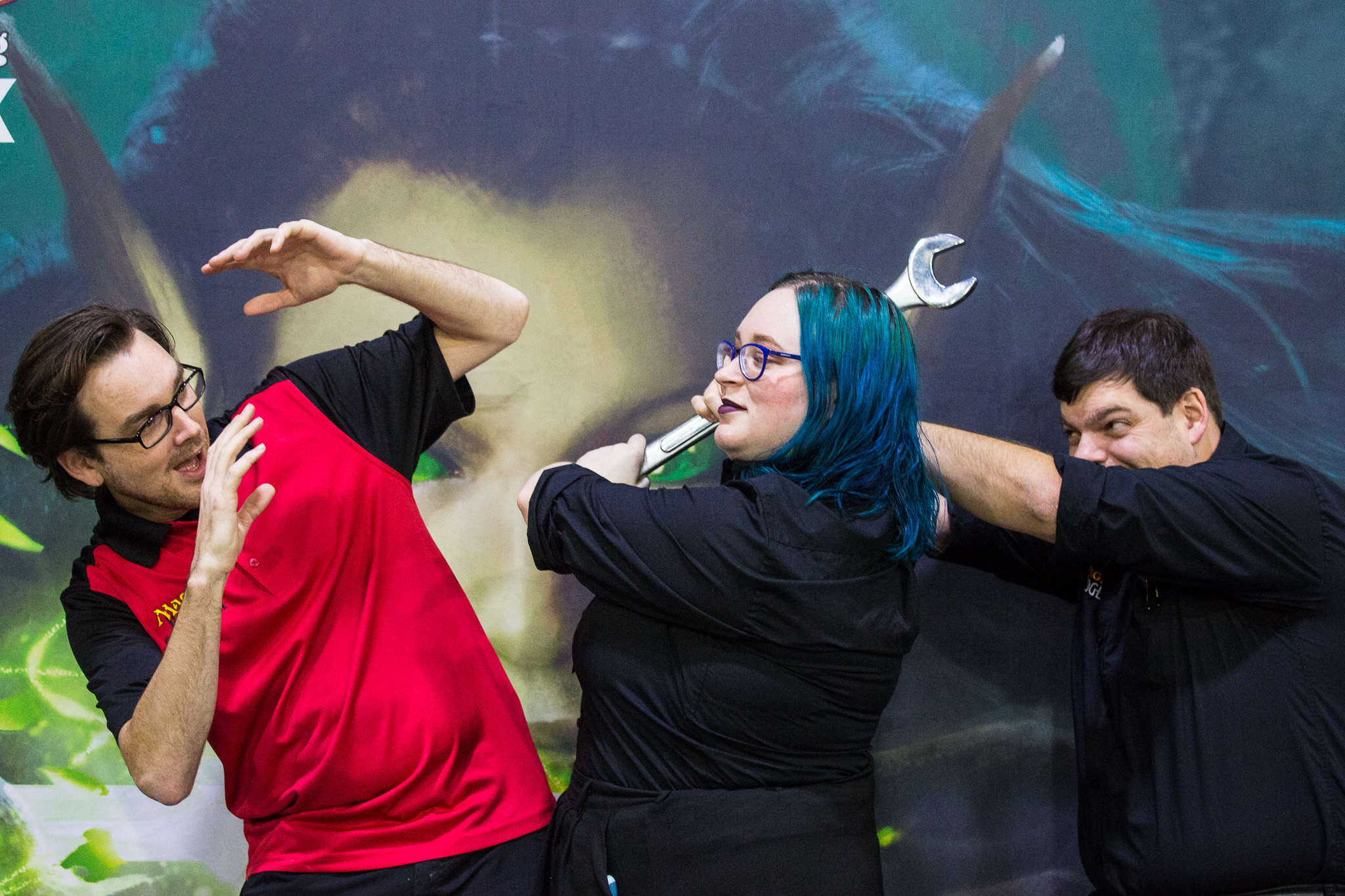